The browser version you are using is not recommended for this site.
Please consider upgrading to the latest version of your browser by clicking one of the following links.

The latest trends on network transformation all in one place. 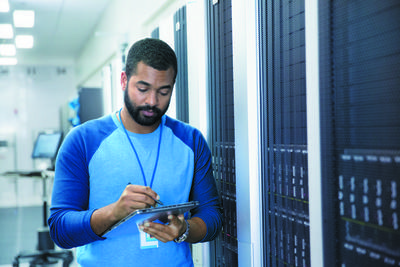 There is almost nothing in our world, especially technology-wise that is not being re-invented, re-engineered or at least re-considered—what the industry lovingly calls disruption. There is a major disruption currently underway in the wide area network (WAN) space.

Today’s traditional WAN has worked well for decades as it has been designed and architected with prioritization and classification for applications that need to run robustly across private networks. This has been great for private data center applications, but with a rapid shift to the use of cloud applications and services this rigidity has become a liability. New cloud applications require that these traditional network architectures, especially in branch offices, literally hairpin or backhaul all of their access back to a data center where they have Internet connectivity and control. Where branch offices have direct Internet connectivity, these cloud applications are subjected to last and middle mile Internet impairments which dramatically reduce application quality, reliability and performance. This just does not make sense…

What would you say if I told you that you can now dynamically steer applications across both private networks and broadband Internet connections? View the throughput across those links, while also measuring jitter, packet loss and delay down to the branch? That network issues could be remediated immediately and automatically on the fly?

That your business could connect into any cloud application or service (SaaS, IaaS, cloud compute, cloud storage, cloud security, or any services) all the way to the branch office. And provide high quality security, control and performance? You’d want that right? Well, now you can have it.

Having Cloud-Delivered SD-WAN even enables you to add or remove services to remote offices with the click of a mouse without adding additional hardware or deploying an IT person to remote locations. This new wide area network enables you to extend control, security, policy, performance and quality to where applications live… in the cloud. The Cloud is the Network*.

Plug and play, really
We hear from customers (both enterprises and service providers) that the simplicity is a huge benefit and that Cloud-Delivered SD-WAN (at least ours) gives you that. The VeloCloud solution is literally a zero-touch, automated, plug and play solution.

That’s because it’s been designed so that any person in a remote branch office location can literally just plug in a VeloCloud Edge and then the rest happens automatically; configuration, provisioning and authentication with the network. All the data and traffic is encrypted end to end.

Customers have choices, too
Cloud-Delivered SD-WAN customers can either take advantage of hardware they already have by running a virtual machine or leverage commercial off-the-shelf (COTS) hardware. They can also take delivery of an Intel® architecture based VeloCloud hardware appliance with the VeloCloud software already loaded on it. Customers can turn up their new networks very quickly without even having a head-end device within the data center, campus or headquarters’ location. This makes the barrier to entry very low for end users.

What about Intel?
As I’ve explained, Cloud-Delivered SD-WAN means taking services normally delivered on several devices in the branch or servers in the data center, and delivering them virtually on-premise, or from the cloud. Virtualization has experienced significant adoption in private, public and hybrid data centers where the Intel® architecture is pervasive. Extending enterprise-grade virtual services to branch office networking means enterprises and service providers can also leverage the industry-proven Intel® architecture for wide area networking at the branch.

The emergence of Cloud-Delivered SD-WAN is expected to pave the way for not only virtualized services, but also for the Intel® architecture adoption at the edge of the branch-office WAN. Carriers, communication service providers, operators and enterprises will leverage these Intel® processor-based deployments to take advantage of Moore’s Law which will drive down the cost of wide area network branch office premise equipment while increasing flexibility.

So now you know why and how traditional WAN is being disrupted, it was necessary. And Intel® and VeloCloud get to work together in ushering an exciting new enterprise networking world.

More information can be found at velocloud.com.